Find out the Vanishing Point release date below, and don’t forget to check out the ultimate list of upcoming 2021 books and 2022 book releases to discover other new books coming out in 2021, 2022 and beyond. 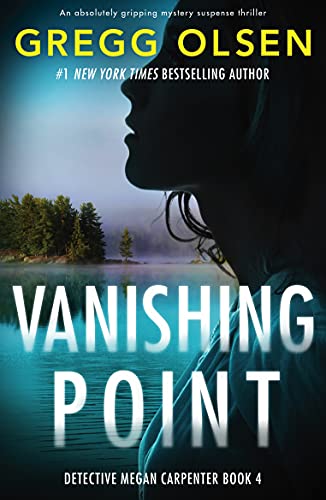 She sits against the cold concrete wall with her precious boy lying stretched out next to her, his little arm thrown over her thigh. She puts her hand on his chest to see if he is breathing, feels it gently rise and fall. He is alive.

At 2 a.m. one icy winter morning, the Jefferson County Police Department pick up the phone to a distressed caller, Ben Parker, reporting that his wife and child are missing.

Arriving at their beautiful family home in Baker Heights, Detective Megan Carpenter can see no sign of a struggle but quickly uncovers some alarming clues about the Parkers’ marriage…

The neighbors say Ben was abusive to his wife Marlena and their little boy. And when Megan checks out Ben’s holiday cabin, it’s clear he is having an affair. Ben is hiding dark secrets, but is he capable of harming his own wife and child?
Then the body of a woman is found in a secluded woods and identified as Ben’s girlfriend.

Ben is now the prime suspect, but as Megan digs deeper into his life, crossing paths with his father, Cyrus – the wealthy tycoon at the head of the family and owner of the private Parker Island – the case suddenly becomes even more complex. The truth lies on the closely guarded island, Megan is sure of it.

The case triggers disturbing childhood memories for Megan when she was on the run from her own abusive father. She can’t let anything bad happen to Marlena and her little boy, but she’s running out of time to save them.

A tense, addictive and totally edge-of-your-seat page-turner that will have you racing to the end, from a number one, New York Times, Wall Street Journal and Amazon Charts bestselling author.

Let us know what you think of Vanishing Point by Gregg Olsen in the comments below!