Looking for the A Hill To Die On book release date? If you’re a fan of Ed James or just discovered Ed James books, you’ve come to the right place.

We not only cover the release of A Hill To Die On but also other Ed James 2021 releases and Ed James 2022 new books. With bookreleases.com you’ll never miss Ed James new releases.

Find out the A Hill To Die On release date below, and don’t forget to check out the ultimate list of upcoming 2021 books and 2022 book releases to discover other new books coming out in 2021, 2022 and beyond. A Hill To Die On

A Hill To Die On RELEASE DATE 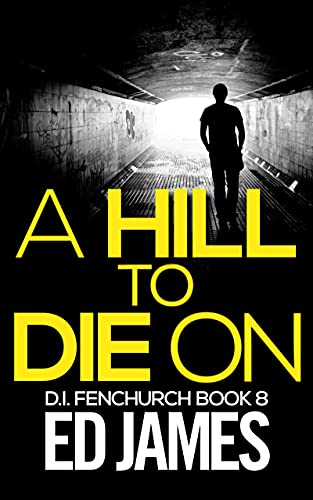 A Hill To Die On Description

Is this the hill you want to die on?

On her first night shift, Probationary PC Chloe Fenchurch discovers a dead body at the Tower Hill Memorial in East London. Dry as a bone, but drowned, hundreds of metres from the Thames. Worse, Chloe knows the victim — Bert Matthews, a friend of her grandfather.

Meanwhile, Chloe investigates the suspicious disappearance of a local head teacher. The man who had an affair with her mother, that broke up her parents’ marriage. Is her father responsible? Or does he know more than he’s letting on?

As Fenchurch drills deeper, the case is hampered by the reveals from former police officer, Rob Lezard, now a media celebrity, fronting true crime shows. Shocking stories that jeopardise several serious convictions. Can Fenchurch and Chloe work together to solve a deep mystery that threatens to strike even closer to home?

Perfect for fans of Mark Billingham, Peter James and Stuart MacBride, murder is intercut with humour in this fast-paced crime thriller set on the gritty streets of East London.

Let us know what you think of A Hill To Die On by Ed James in the comments below!