Find out the 48 Hours To Kill release date below, and don’t forget to check out the ultimate list of upcoming 2021 books and 2022 book releases to discover other new books coming out in 2021, 2022 and beyond. 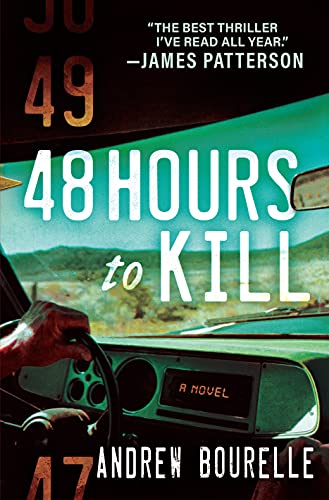 48 Hours to Kill: A Thriller
Buy on Amazon

A prison inmate on furlough learns a terrible secret about his sister’s mysterious death—and descends back into the criminal underworld to uncover the truth.

Serving a ten-year sentence in a Nevada prison for armed robbery, Ethan Lockhart hopes that he can one day become a productive, law-abiding member of society. But society has other plans for Ethan. When he’s given a forty-eight-hour furlough to attend his sister Abby’s funeral, he learns that her body was never found—just enough blood to declare her dead instead of missing—and he begins to suspect that there’s more to her death than was reported. Ethan decides to use his forty-eight-hour window to find out what happened. But to get to the bottom of the mystery, he’ll have to return to his unsavory past.

Ethan teams up with his sister’s best friend Whitney in a search for the truth. United in their shared grief, their chemistry—both emotional and physical—also begins to heat up. But romance goes on hold as the suspects mount. Ethan’s old boss, Shark, a mid-level loan shark now heads a criminal empire. As Ethan and Whitney uncover more clues, they become convinced that Shark is responsible for the murder, but they have no proof.

If Ethan is going to solve his sister’s murder in forty-eight hours, he will have to become the criminal he swore he’d never be again.

Let us know what you think of 48 Hours To Kill by Andrew Bourelle in the comments below!